What is the real story??

Chhapaak which was released on 10 January 2020 is based on a real story on the life of Laxmi Agarwal who was born in New Delhi in a poor family. Laxmi’s story is really inspiring for us all, in 2005 When Laxmi was only 16 she faced the biggest heart breaking moment of her life as a 30 year old man named  Naeem Khan thrown acid on her face and her only fault was that she refused proposal his proposal and only of this stupid reason he destroyed her life. 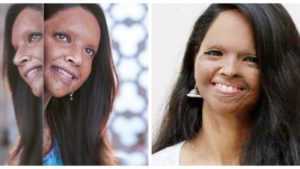 Her story was told in a series of acid attack in Hindustan times. She also ran many campaigns and petitions to stop the sale of Acid as it was the root of Acid attacks. Laxmi became the former director of chhanav foundation, which is a NGO dedicated for helping the victims of Acid attacks. Laxmi was conferred with International women empowerment Award from the Ministry of women and Child Development the Ministry of Drinking Water and Sanitation, and UNICEF for her campaign of Stop Sale Acid

Laxmi was in relationship with Alok dixit a social activist, but she was been separated with him since 2015. When they were in relation, they decided not to get married and instead of this they chose to live in a relation. As they said that they don’t want people to come to their marriage and comment on looks of Laxmi as brides looks is most important for people.

What was JNU incident?

On 7 January 2020, Deepika Padukone joined the protest at Jawaharlal Nehru University against JNU attack and passage of CAA. This angered the BJP leaders and they expressed it on Social media, soon the hashtags like boycottchhapaak and blockdeepika were came in trending. In opposite of it the hashtag supportdeepika also became very popular this increased deepika’s followers, Varun Dhawan also supported Deepika Padukone. 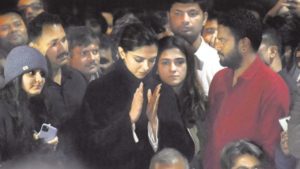 After releasing of Chhapaak movie it opened with a decent 4.77 crore and went on to make 6.90 crore on Saturday and 7.35 crore on Sunday. Till Saturday chhapaak has collected more then 30 crores.

Please tell us in the comment section what do you like the most in the movie and why. If you have any questions regarding this subject you can comment and ask us.